Jedi Knight is set some nine years after the events from the previous game and stars Kyle Katarn, a Han Solo-type character who gave up his role as a Jedi to pursue a more serene existence as a hired mercenary.


Getting sent to a remote installation on behalf of the New Republic, Kyle faces off with a rogue Dark Jedi and quickly gets tangled up with the Empire as well, forcing him to renew his long dormant skills as a Jedi. Their inclusion feels forced pun intended in the greater scheme of things, but why argue with fan service? You always have but one path that you must take complete the scripted levels, but recognizing said path and in essence figuring out what the level designers want you to do can be blatantly difficult.

Besides occasionally bordering on blandness, the initial levels are also surprisingly tough on even the two lower difficulties, at least until Kyle gets his lightsaber and Force powers back. Traditional Dark and Light powers are instead thrown in the same well and are gradually unlocked as you progress, so you can death choke a stormtrooper one minute and heal yourself the next two powers that were diametrically opposed in the prequel. The Force powers offer the best reason to pick up this game, even though it takes a considerable time to unlock all of them.

You get a nice assortment of Jedi wizardy to complement an equally well balanced armory, like the iconic shooting-lightning-out-of-your-fingers trick or another one that slows down time around you Max Payne style, and of course you can just shove people around or haul them off cliffs as well.


Jedi on Jedi saber battles can be surprisingly amusing as well, and are also more common here than before. In the end Jedi Outcast contains that right dose of pulp action, mythology and corny storytelling warped into a fairly cohesive whole. The maze-centric levels and somewhat difficult action even on Normal may obscure its greatness at times, but as a Star Wars fan one can find many things to enjoy.

All other trademarks and trade names are the properties of their respective owners. Home Discussions Workshop Market Broadcasts. 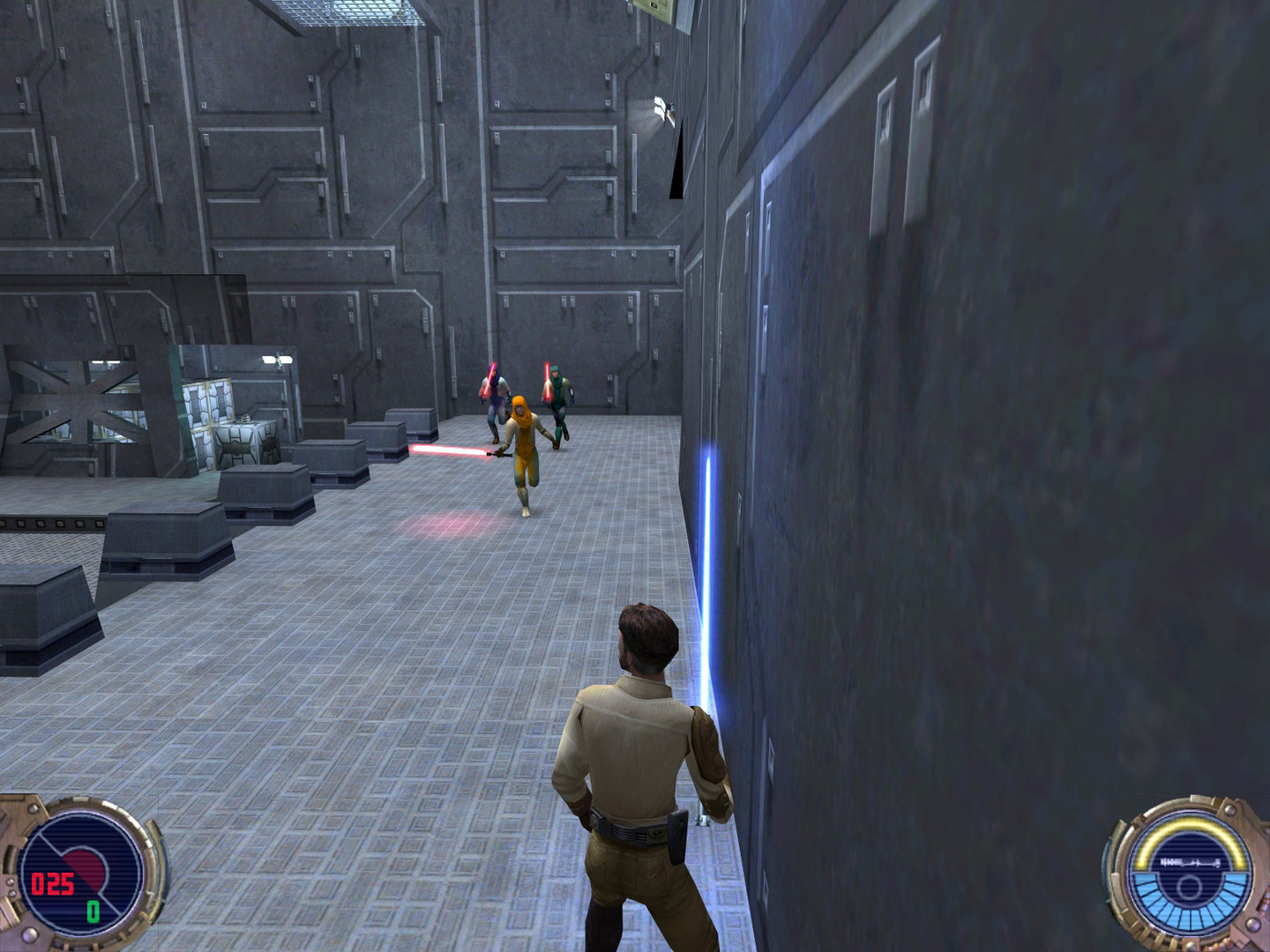 Demo mission is using assets from main game - mostly voices from main story missions. It was designed to show excellent visuals in giant hangar with reflective floor during final lightsaber fight and as presentation of gameplay - so distinctive in comparison to Dark Forces II. I don't think there is any mod adding this level to main game, but this demo was famous back before launch date of Jedi Outcast. I was playing it over and over again until i get copy of full game: